Submit your request for WireMock Enterprise and our team will connect you.

You can import your and Swagger and OpenAPI specifications and Postman collections into WireMock Studio in order to auto-generate stubs in your mock API. Swagger 2.x and OpenAPI 3.x are supported, in both JSON and YAML format.

You can also import and export stubs in WireMock JSON format. This can be used to move projects between WireMock and WireMock Studio instances, store your mock APIs in source control and make copies of WireMock APIs.

To import from any of the supported formats, navigate to the Stubs page of the mock API you’d like to import into, then click the Import button. 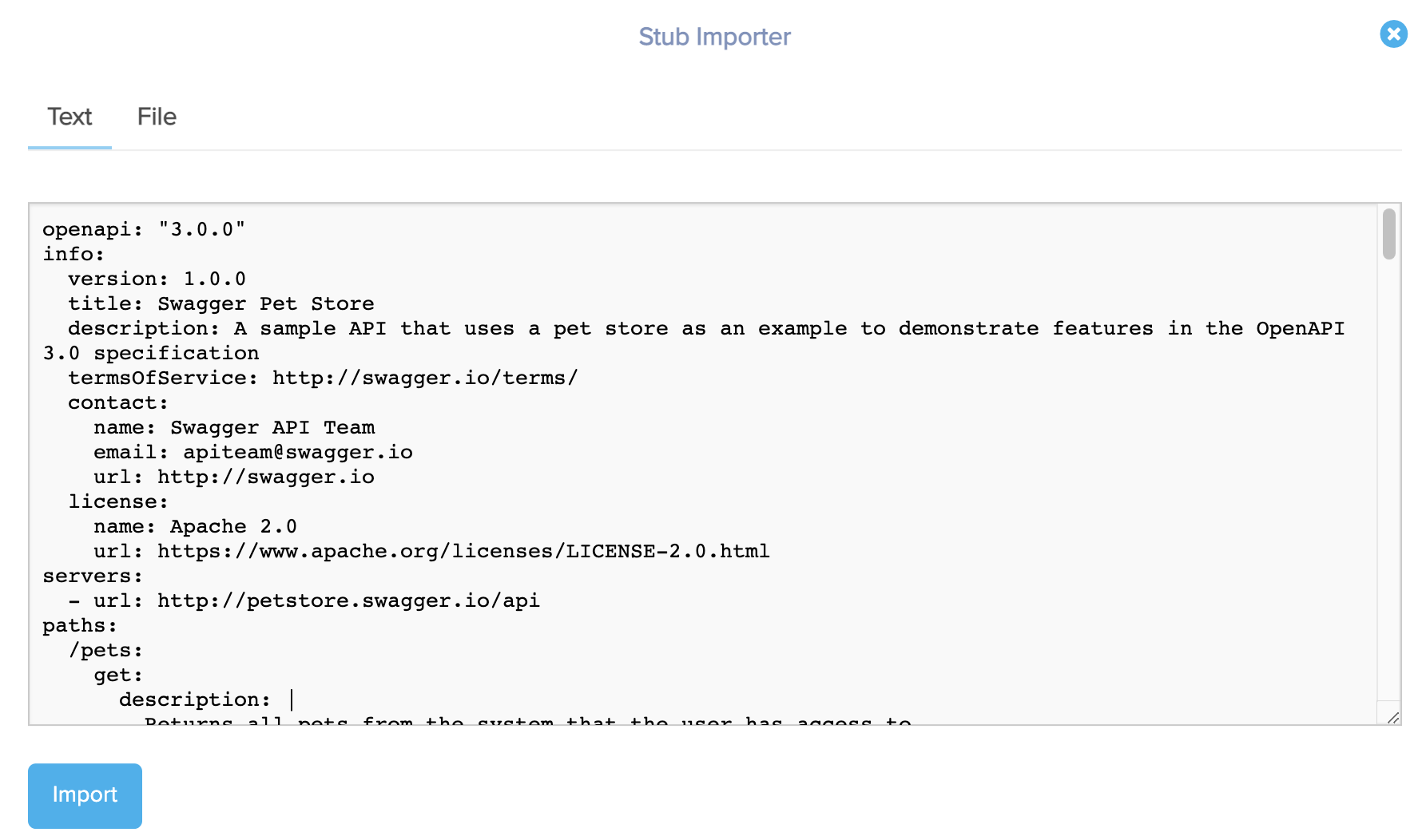 Or upload it as a file:

The WireMock JSON format is also WireMock’s native format, so when a file of this type is imported it the stubs created correspond exactly to the file contents.

However, when importing from Swagger and OpenAPI stubs are generated according to a set of conversion rules. These can be tweaked and customised in a number of ways.

You can also automate imports via WireMock’s API.