WireMock core and Studio share the same native JSON format for stubs, so mock APIs can be imported and exported between the two.

JSON exports can also be stored in source control, and used to clone or move stubs between WireMock APIs.

Assuming you’re running a WireMock instance on port 8080, you can export all the stubs currently defined via the admin API:

Then to import into WireMock Studio, open the Import dialog and drop or upload the example-stubs.json:

A current limitation of this approach is that response bodies represented as files under the __files directory will not be imported. See how this can be worked around by uploading a WireMock project folder and via the WireMock Java API.

First, export the stubs via the Export dialog in the Stubs page:

Then call the WireMock import API with the file you downloaded:

Alternatively you can copy example-stubs.json into the mappings directory under your WireMock root and either restart WireMock or make a POST request to the reset API:

If any of your stubs make use of response templating then you’ll need to ensure WireMock is started with the --local-response-templating CLI parameter or Java equivalent.

It is not currently possible to import stubs that use the JWT and JWKS template helpers into WireMock.

If you have a WireMock project that consists of individual JSON stub mapping files under the mappings directory that refer to response body files under __files you can import this by dragging and dropping the project folder into the dialog. Unlike the method involving a single JSON file described above, this will cause the response bodies under __files to be inlined. 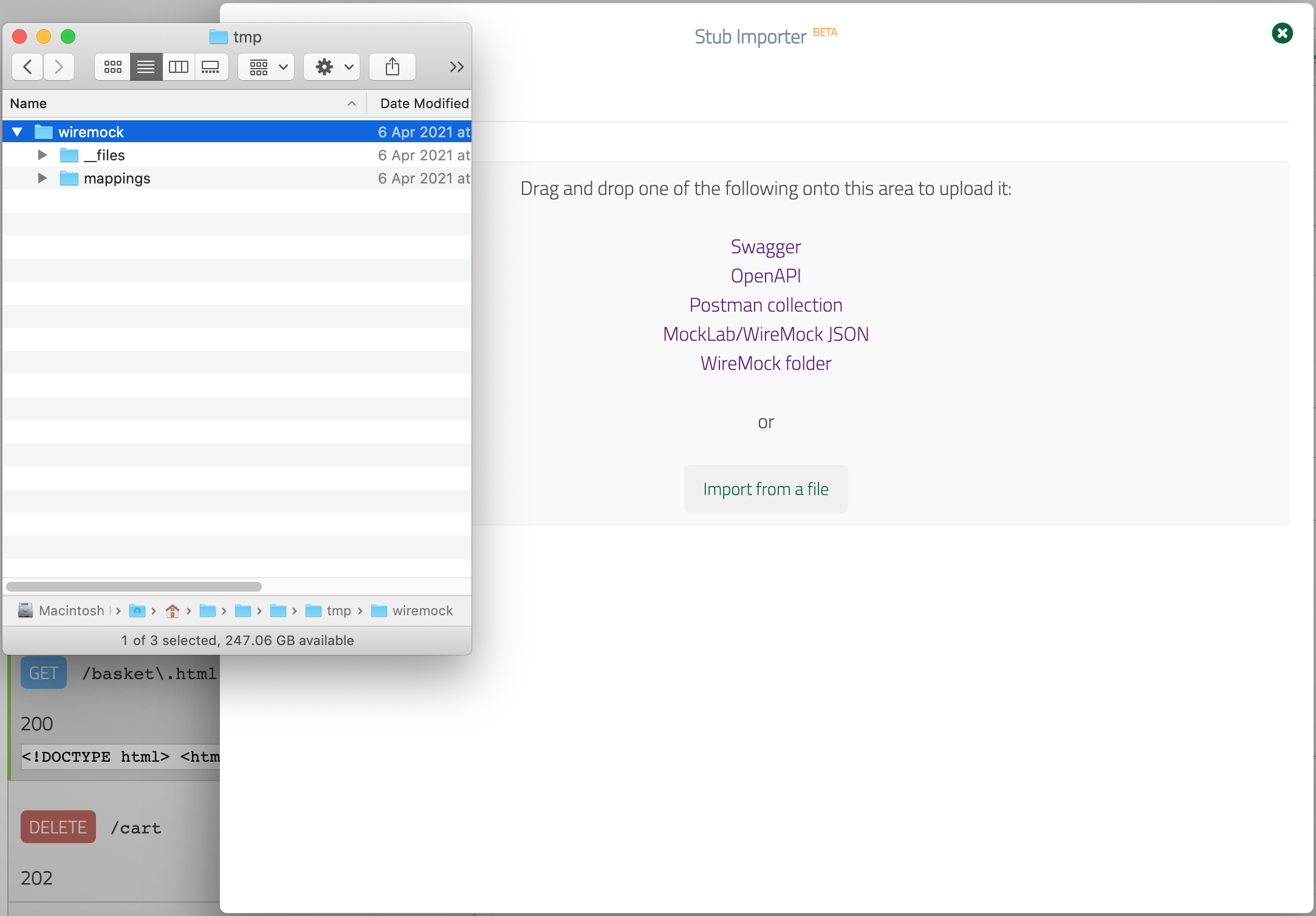 Another way to import a WireMock project that has a __files directory is to push it using WireMock’s Java API. This method also inlines response bodies before sending them to WireMock Studio: