If the API you’re mocking already exists you can speed up the process of stubbing responses using WireMock’s record feature. This essentially involves telling WireMock to act as a proxy to the target API then directing some HTTP requests to WireMock representing the resources you’d like to stub.

Start by navigating to the Stubs page in your mock API (creating one first if necessary).

button, enter https://api.github.com as the target URL and hit 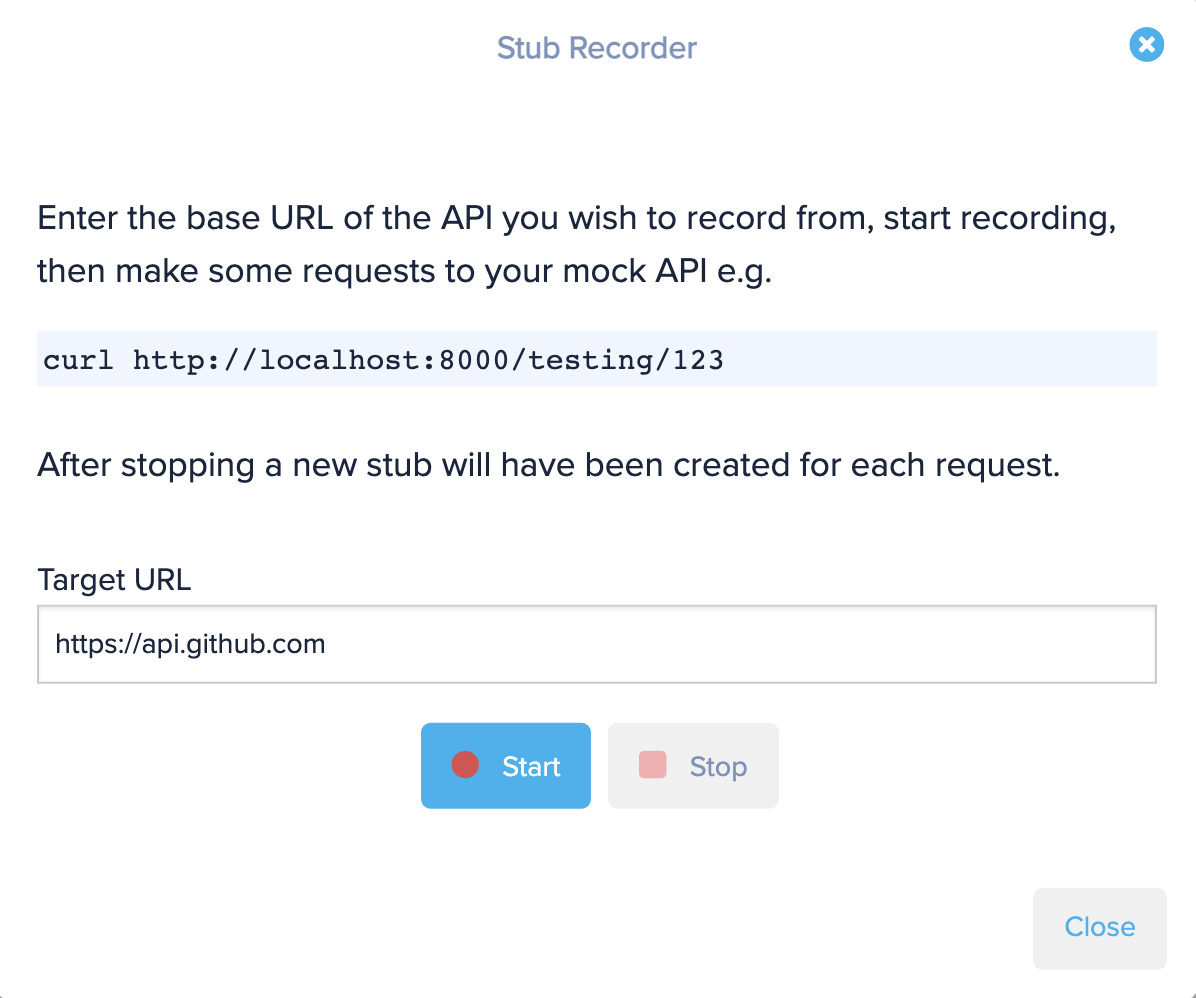 Now make a request to your mock API:

, and you should see that an extra stub has been added to the list.

When a request with no body is received during recording, the recorder will create a stub matched on HTTP method and URL only.