Some testing activities require that different responses be served for a sequence of identical requests. For instance if you are testing a to-do list application such as this one you may wish to start with no to-do list items, post a new item, then see the item appear in the list.

Assuming there is a “list to-do items” API call used to fetch the list, this must be called twice during the above test, returning no items on the first invocation, and the newly added item on the second. Since both of these requests will be identical (same URL, method, request headers), something additional is required for WireMock to differentiate the first and second cases.

WireMock’s Scenarios solve this problem by providing finite state machines that can be used as additional stub matching conditions. They allow more than one definition of an otherwise identical stub with different responses based on the current state of the machine.

Start by creating the stub for the starting state - matched only when the scenario named “To do list” is in the “Started” state. This is configured in the Request section of the stub form: 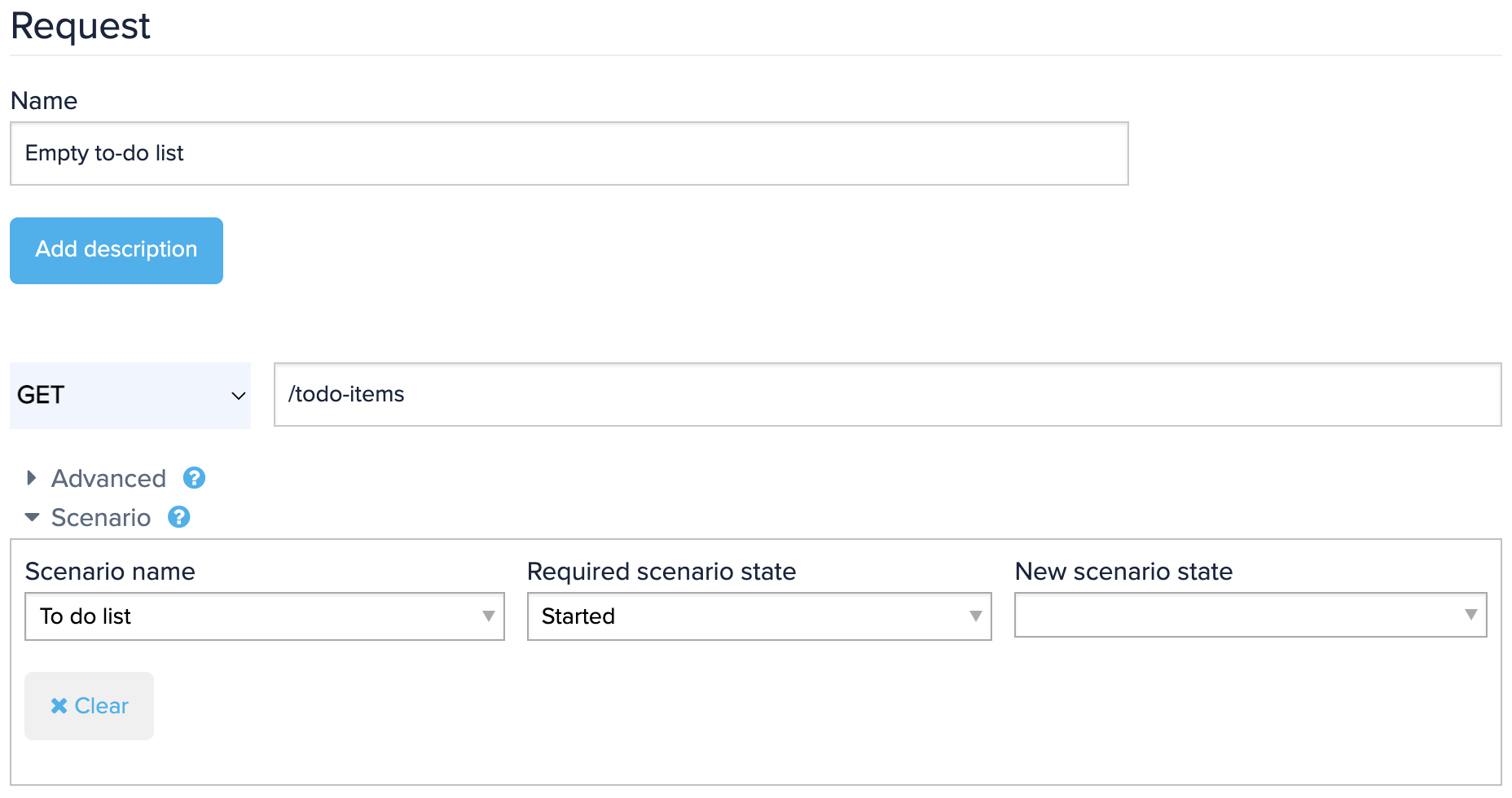 Since this is the starting state the to do list returned should be empty:

Then create a stub to handle posting of the first list item. When triggered this stub will move the scenario state to “First item added”: 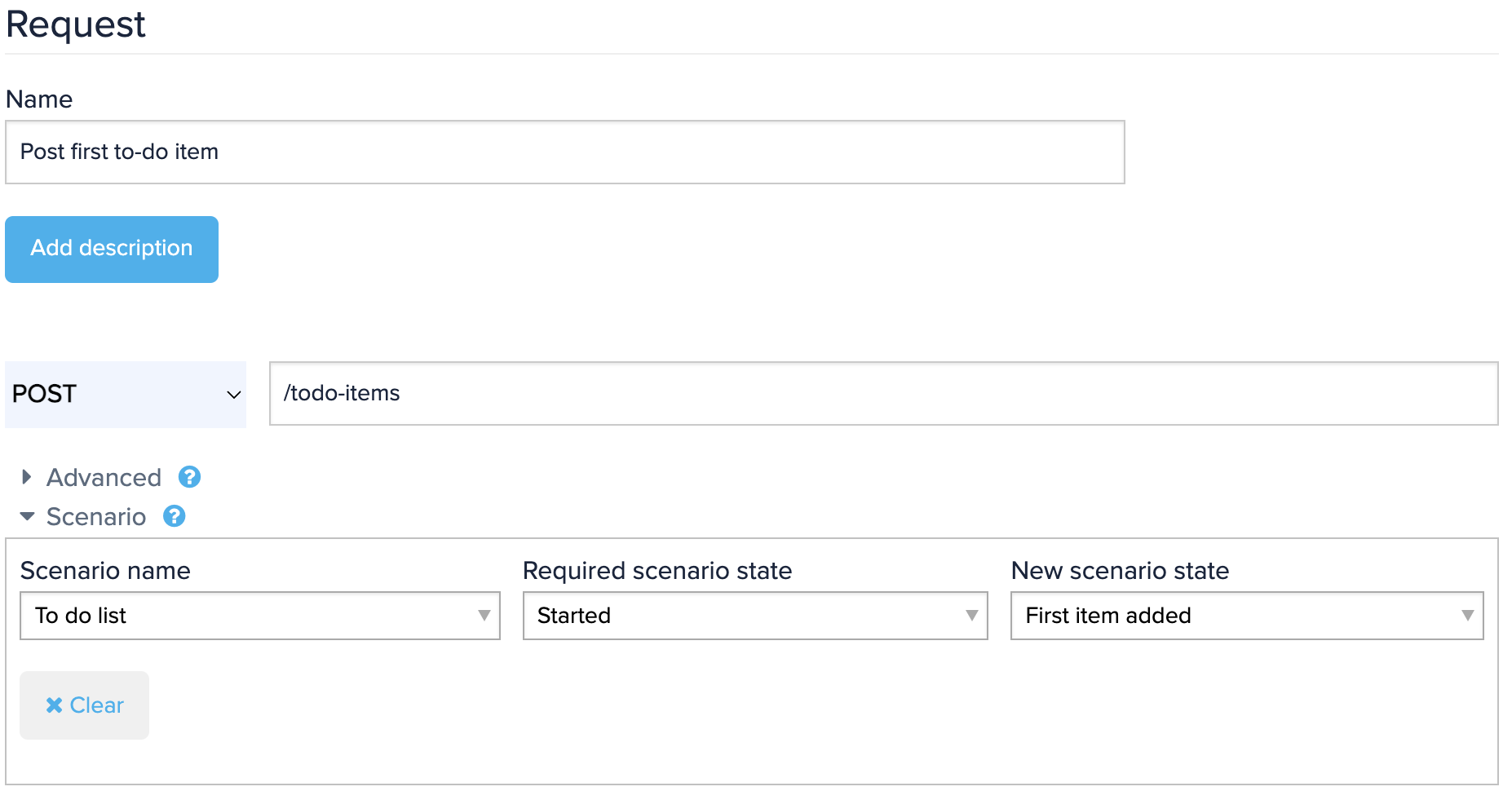 Finally, create a stub to return the list containing one item, which is matched only then the scenario is in the “First item added” state: 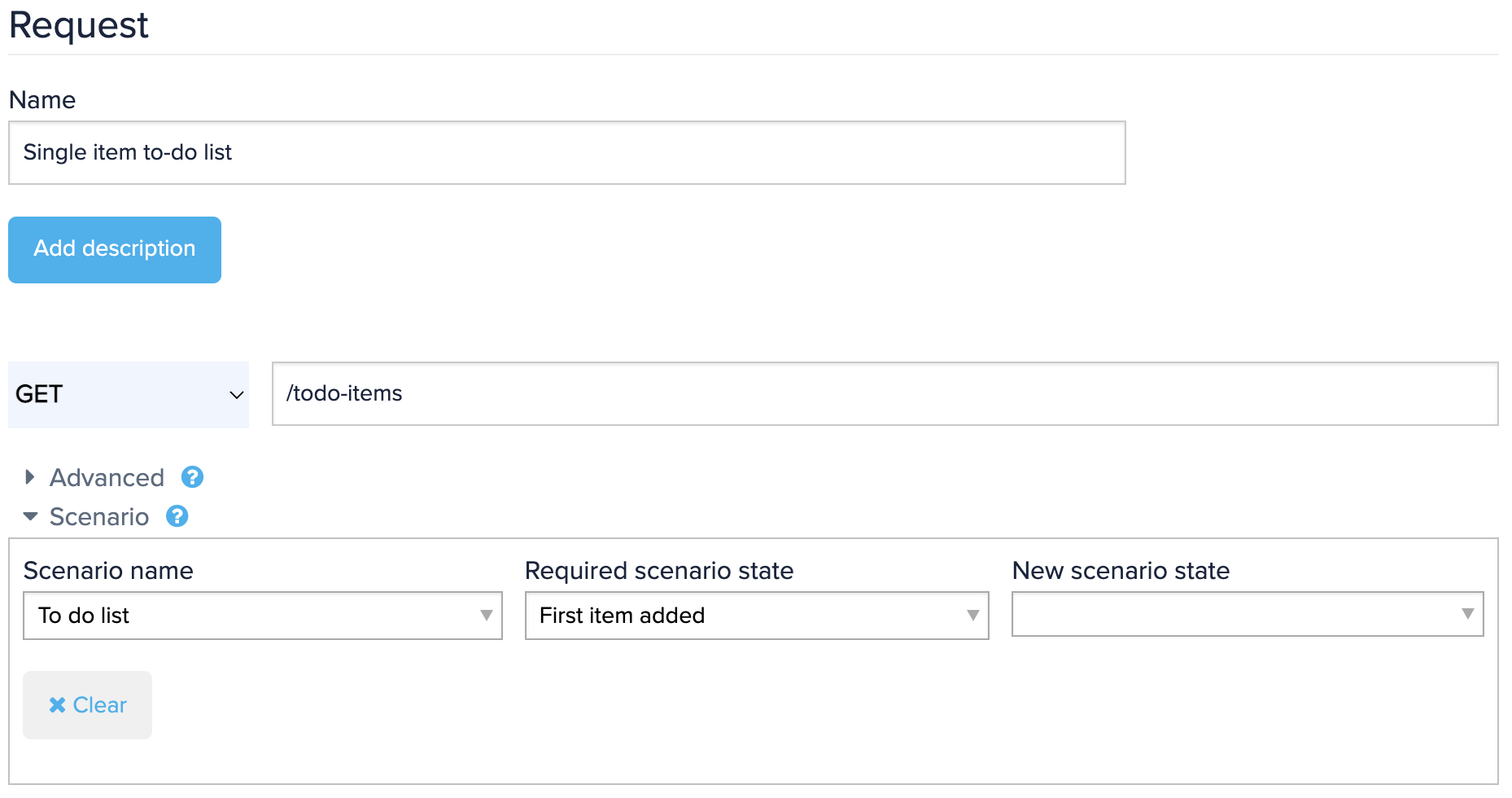 First, make a GET request to fetch the list, which should be empty. You should be able to do this any number of times without the result changing:

Now POST a new item (it actually doesn’t matter what the request body contains, since we didn’t specify a body matcher in the stub):

This should now have moved the scenario state to “First item added”. Getting the list of items again should now return one item:

All scenarios can be reset to their “Started” state by clicking